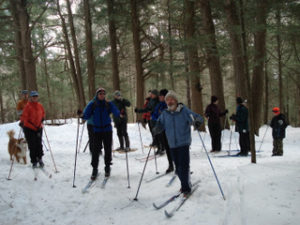 This 57-acre parcel along the Penobscot River was bought from Diamond Occidental Forest, Inc. by the OLT in 1991 with money donated by Bangor Hydro as part of a mitigation plan for the Basin Mills Dam proposal, which was later abandoned. It is the former site of a Native American settlement. In later years, a ferry line traversed here. Peter’s Field, located between Vinal Stream and the railroad tracks, is mowed annually to preserve habitat. In 2007, the OLT received an Audubon Society grant to establish a forestry management plan here. This is an excellent bird-watching site (e.g. eagles, ducks, redpolls) and local wildlife include deer, red fox, snowshoe hares, coyotes, and wild turkeys.  In 2011, OLT purchased an area known as “the bubble” and land that connected it to the original preserve.  Trail access is at Colburn Drive, Marsh Lane, and Orchard Trails (at Treat Falls). In addition, the Ridge Trail connects the end of Penobscot Street with the entry from Park Street (US Route 2). Trails connect via UMaine’s trail system (Trail #11). 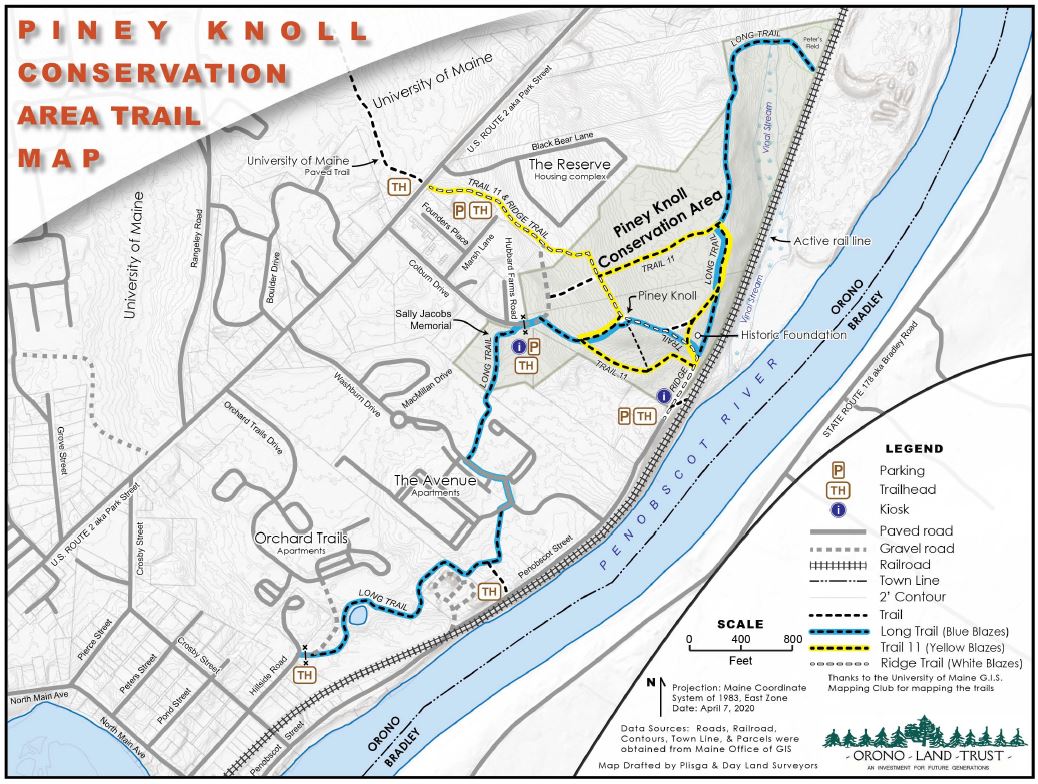